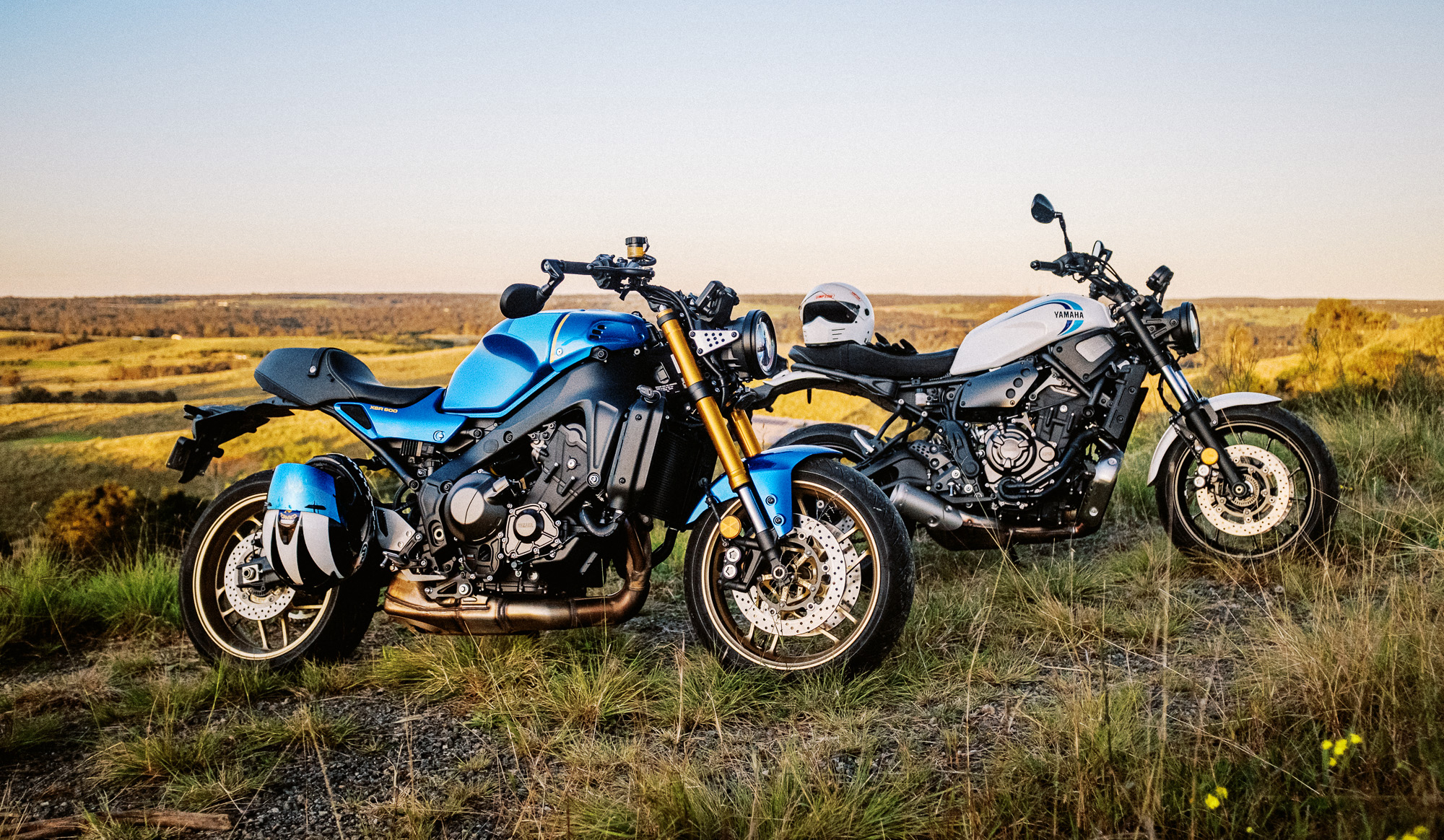 2021 was one hell of a year for Yamaha, taking out the MotoGP and WSBK titles and also clinching the BSB championship. But back at the Iwata factory in Japan, they weren’t resting on their laurels, with a host of models either getting an all-new redesign or a serious update. The good news for the public is that Yamaha is passing on their track winning performance to the riders of their street bikes, while also paying keen attention to the company’s heritage. For Pipeburn readers, two bikes will stand out from the crowd, the all-new for 2022 XSR900 and the updated XSR700. One just might be the best modern retro machine money can buy and the other comes packed with nostalgia.

Looking through Yamaha’s literature for the two machines and it is rare to see a company so enthusiastically embrace its past. A picture of a mint condition Yamaha RD350 and early Deltabox equipped race bike, sit proudly amongst the new models. And so they should, these are motorcycles that changed the game in their own right and for many will be the reason why they fell in love with the brand. For younger riders, it’s a chance to buy into the company’s heritage and realise that the new motorcycle you sit on today didn’t just appear out of nowhere, it was literally decades in the making.

That is absolutely true of the all-new 2022 Yamaha XSR900 and it starts at the bike’s very foundation. Introduced forty years ago and now featuring on everything from their track-winning weapons to street machines like the XSR900, the Deltabox frame shook up the motorcycle world when everyone else was still using tubular designs. Along the way the design has won world championships on the track and has served as the backbone of the legendary R1. So, with all of that R&D behind them, Yamaha’s engineers have given the XSR900 a chassis that is more rigid in every way, vastly improving the motorcycle’s straight line stability, without impacting its famed agility.

Further improving the machine’s dynamics is an all-new swingarm, the aluminium boxed section unit is 55mm longer than on previous models and combined with the tuned rigidity of the new chassis, offers excellent rider feedback. This is a win for all, but it’s above that many customisers will see a welcome addition, with a new model specific subframe that pivots inside the frame and allows for an ultra-clean look to be achieved. Aesthetic modifications will no doubt be the priority, as the suspension is all fully adjustable KYB forks and shocks.

Being part of the Sports Heritage ranges means there is also a clever mix of old and new, and the fuel tanks ’80s inspired race bike feel is a welcome addition. It features neatly designed intakes to funnel more air to the engine and as good as the blue paint scheme looks, it would be incredible to see owners paint the bike in their favourite GP colour schemes of the past. On the new side of things, retro-styled machines have often been basic but the XSR900 is no such thing, equipped with a six-axis IMU. This means you get everything from MotoGP like wheelie control to rider modes, lean sensitive traction control, slide control and a full-throttle quickshifter.

It’s easy to see why anyone who has thrown their leg over the new XSR900 has come away having fallen in love. Straight from the factory you get a bike that has the look so many of us love, with the performance to let you ride like Rossi and keep pace with just about anything on the road. Yamaha has also equipped the bike with its exclusive spinforged wheels, which are a full 700g lighter than on previous models. And that reduced unsprung mass is spun up by a new longer stroke engine for more torque and 117hp at 10,000rpm.

But don’t sleep on the little brother, the XSR700 is a whole lot of motorcycle for the money and now comes in two new retro colour schemes. The standout for me is the Historic White, which features the looks and graphics of the epic RDLC two-stroke range. The Black version with gold detailing will have plenty of fans too and the all-new LED lighting gives the bike a premium feel. That 270degree parallel-twin engine remains and is fast becoming a favourite of Super Twin racers. It isn’t too daunting for new riders, but ride it hard and the power is definitely there, add a pipe and the sound is sensational.

Further improving the machine’s performance and giving it a big bike feel are the now twin 298mm front disc brakes, it wasn’t that long ago that this was the size fitted to a premium sportsbike. The XSR700 has proven to be immensely popular in the custom scene, and new touches like the revised cockpit layout for an ultra clean look just make the job that much easier.

I can already picture a number of popular workshops giving the XSR700 the full RD aesthetic, with a worked 100hp engine to match. As for the XSR900, it’s basically been perfected straight from the box, but give it a full ’80s GP makeover and you just might have the most capable and yet killer custom on the street.

[ Video by Stories of Bike | Photography by Machines that Dream ]